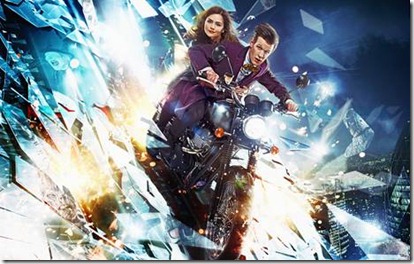 Also featured, as part of the ongoing celebration of Doctor Who’s 50th Anniversary, is Doctor Who: The Doctors Revisited: The Third Doctor – plus new episodes of:Top Gear Season 19; Bang Goes the Theory; Wild Things with Dominic Monaghan; Ripper Street (one of the best new shows of the season) and The Graham Norton Show.

First image of Doctor Who starts the countdown to the March 30 premieres of Doctor Who, Orphan Black and The Nerdist.

Doctor Who, original series Orphan Black and Chris Hardwick’s all-new comedy-variety talk show The Nerdist premiere March 30 on BBC AMERICA as part of Supernatural Saturday.  Leading the night is BBC AMERICA’s highest rated series, Doctor Who, with eight all-new blockbuster episodes, including stories penned by lead writer Steven Moffat (Sherlock) and acclaimed writer Neil Gaiman. Then, catch the network’s next original series, Orphan Black – the suspense driven conspiracy-thriller starring rising star Tatiana Maslany (The Vow, Picture Day) as Sarah – an outsider and orphan whose life changes dramatically after witnessing the suicide of a woman who looks just like her. Rounding out the night is Chris Hardwick’s all-new weekly comedy-variety series, The Nerdist. Join Chris, Matt Mira, Jonah Ray and celebrity correspondents as they geek out with a who’s who of celebrities, comedians and nerd icons from both sides of the pond. Supernatural Saturday premieres March 30 on BBC AMERICA, with Doctor Who at 8:00pm ET/PT, Orphan Black at 9:00pm ET/PT and The Nerdist at 10:00pm ET/PT.

Following a record-breaking year, fan favorite Doctor Who returns with a modern day urban thriller, The Bells of St. John, written by lead writer and executive producer Steven Moffat (Sherlock).  Set in London against the backdrop of new and old iconic landmarks – The Shard and Westminster Bridge – The Bells of St. John introduces a new nemesis, the Spoonheads, who battle the Doctor as he discovers something sinister is lurking in the Wi-Fi. The premiere will be followed by seven epic episodes written by Steven Moffat, acclaimed writer Neil Gaiman (Coraline, Beowulf), Mark Gatiss (Sherlock), Neil Cross (Luther) and Stephen Thompson (Sherlock).

The Doctor (Matt Smith) is joined by his new companion Clara (Jenna-Louise Coleman) for the latest set of incredible adventures through space and time. The duo finds new adversaries and familiar friends around every corner as they journey from the bottom of the ocean in a submarine to the center of the TARDIS and beyond. The Cybermen make a thunderous return and the Ice Warrior arrives in an unexpected place.

Steven Moffat, executive producer and lead writer, said, “It’s the 50th year of Doctor Who and look what’s going on! We’re up in the sky and under the sea! We’re running round the rings of an alien world and then a haunted house. There’s new Cybermen, new Ice Warriors and a never before attempted journey to the centre of the TARDIS. And in the finale, the Doctor’s greatest secret will at last be revealed!  If this wasn’t already our most exciting year it would be anyway!” 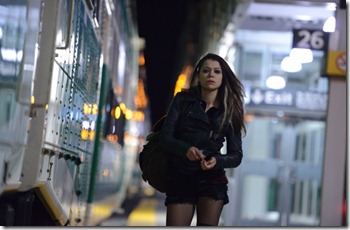 Sarah hopes that cleaning out a dead woman’s bank account will solve all her problems. Instead, they multiply at an unnerving rate. Smart, sexy and pulsating with suspense – BBC AMERICA’s new original series, Orphan Black, features rising star Tatiana Maslany (The Vow, Picture Day). She portrays Sarah, an outsider and orphan whose life changes dramatically after witnessing the suicide of a woman, Beth, who looks just like her. Sarah takes her identity, her boyfriend and her money. But instead of solving her problems, the street-smart chameleon is thrust headlong into a kaleidoscopic mystery. She makes the dizzying discovery that she and the dead woman are clones… but are they the only ones? Sarah quickly finds herself caught in the middle of a deadly conspiracy, racing to find answers.

“As we get deeper into the show and peel back the layers, we unearth the conspiracy and the philosophy behind those responsible for the circumstances our characters are facing,” said co-creator and writer Graeme Manson. “It’s a thrill ride with no shortage of hooks; the ‘how is she going to get out of this?’ question will be answered by Sarah invariably not getting ‘out’, but going deeper,” added co-creator and director John Fawcett. 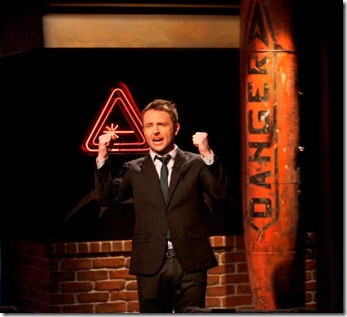 BBC AMERICA’s comedy-variety talk show, The Nerdist, is ready to invade your Saturday nights.  Based on comedian, writer, Doctor Who evangelist and web pundit, Chris Hardwick’s hit Nerdist Podcast, the series premieres Saturday, March 30, 10:00pm ET.  Join Chris, Matt Mira, Jonah Ray and celebrity correspondents as they welcome actors, writers, comedians, scientists and other nerd icons, hailing from both sides of the pond, to chat about a glorious mélange of Nerdtastic topics. Upcoming guests and more details on the new series will be announced in the coming weeks.

The Nerdist will continue to be produced by Nerdist Industries and Comcast Entertainment Studios, with Chris Hardwick, Alex Murray, Jay James, Gary Snegaroff and K.P. Anderson serving as executive producers.

Get ready for the premieres of Supernatural Saturday series’ Doctor Who, Orphan Black and The Nerdist by tuning in to BBC AMERICA’s Sci-Fi Takeover stunt. From Monday, March 25 through Saturday, March 30, catch fan favorite shows such as Torchwood, Primeval, Star Trek: The Next Generation, Battlestar Galactica, and Doctor Who, as well as sci-fi movies including Resident Evil, Gattaca and Starship Troopers. Sci-Fi Takeover premieres Monday, March 25, 8:00am ET/PT and airs through Saturday, March 30, 8:00pm ET/PT on BBC AMERICA.

DOCTOR WHO: THE DOCTORS REVISITED – THE THIRD DOCTOR – U.S. PREMIERE 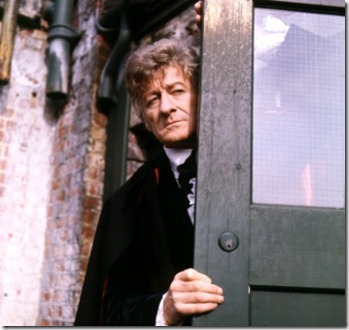 BBC AMERICA celebrates the third Doctor, Jon Pertwee, in a new special of Doctor Who: The Doctors Revisited, followed by the classic storyline Spearhead from Space. In the epic story, a swarm of meteorites fall on the sleepy English countryside, bringing with them a terrible new threat to mankind: the Nestene consciousness – a disembodied alien intelligence with an affinity for plastic. The Doctor is forced to race against time, in order to stop humanity from being replaced by a generation of terrifying plastic replicas. Doctor Who: The Doctors Revisited – The Third Doctor premieres Sunday, March 31, 8:00pm ET/PT.

For the first time ever, the go-to authority for gadget news and digital culture, Gizmodo, blasts its way onto TV with its irreverent technological expertise. Gizmodo’s team of tech-obsessed hosts test the latest gadgets in outrageous, adrenaline-charged and sometimes dangerous ways in this new special for BBC AMERICA. Whether they’re smashing, trashing, or racing with their top picks, our team is on a mission to find out what makes the cut – and which fall to pieces. Gizmodo: The Gadget Testers premieres Monday, March 18, 10:20pm ET/PT.

Series that will continue to premiere new episodes during March include:

BBC AMERICA delivers U.S. audiences high-quality, innovative and intelligent programming. Established in 1998, it has been the launch pad for talent embraced by American mainstream pop culture, including Ricky Gervais, Gordon Ramsay, Graham Norton, and successful programming formats including ground-breaking non-scripted television like Top Gear and top-rated science-fiction like Doctor Who. Owned by BBC Worldwide, the commercial arm of the BBC, BBC AMERICA has attracted both critical acclaim and major awards including an Emmy®, five Golden Globes® and ten Peabody Awards. The channel attracts one of cable’s most affluent and educated audiences and is available on cable and satellite TV in more than 80.7 million homes. It broadcasts in both standard and high-definition, with content available On Demand across all major digital platforms. Online, www.bbcamerica.com is the place to go to dig deeper into pop culture with a British twist. Find out more by following us on www.twitter.com/bbcamerica.