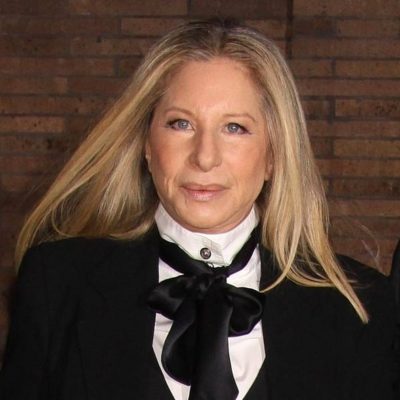 Barbra Streisand will add a little legendary patina to the 2016 Tony® Awards as the sole EGOT (Emmy/Grammy/Oscar/Tony) winner to present an award.

The 2016 Tony® Awards, hosted by James Corden will be broadcast live from the Beacon Theatre on Sunday, June 12th (CBS, 8/7C).

“The 70th Annual Tony® Awards,” Hosted by James Corden, Broadcast Live from the Beacon Theatre on Sunday, June 12 on CBS

Returning to the Tony Awards stage for the first time since 1970, legendary EGOT and show business icon Barbra Streisand will present at THE 70TH ANNUAL TONY® AWARDS. The telecast will broadcast live from the Beacon Theatre in New York City, Sunday, June 12 (8:00-11:00 PM, live ET/ delayed PT) on the CBS Television Network. The Tony Awards are presented by The Broadway League and the American Theatre Wing.

While Streisand hasn’t appeared on the Tony Awards since 1970, Broadway has never left her. Streisand next releases “ENCORE: Movie Partners Sing Broadway,” her third and long-awaited Broadway album, later in 2016. Streisand’s “The Broadway Album” and “Back to Broadway” released in 1985 and 1993, respectively, both went multi-platinum.

With the longest span of number one albums in history, Streisand has recorded 52 gold, 31 platinum and 13 multi-platinum albums in her career. She is the only woman to make the All-Time Top 10 Best Selling Artists list. Widely recognized as an icon in multiple entertainment fields, Streisand has attained unprecedented achievements as a recording artist, actor, concert performer, director, producer, author and songwriter. Streisand has been awarded two Oscars, five Emmys, 10 Golden Globes, eight Grammys plus two special Grammys and two CableACE Awards – the only artist to receive honors in all of those fields of endeavor. Streisand received the Presidential Medal of Freedom from President Barack Obama this past November. Her many other honors include the American Film Institute’s Lifetime Achievement Award, the National Endowment for the Arts Medal, three Peabody Awards and the French Légion d’Honneur. She is also the first female film director to receive the Kennedy Center Honors.

About the Tony Awards: