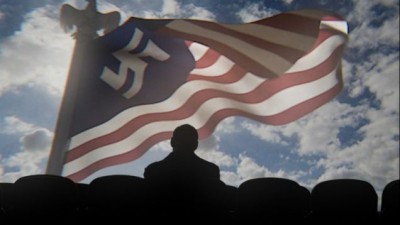 Amazon Prime has just released the Comic-Con trailer for The Man in the High Castle – the alternate timeline tale in which the Axis won World War II. Based on the classic Philip K. Dick novel, the trailer really looks like it captures the paranoia and just-a-hair-off America of the ’60s from the book.

Check it out after the jump. The Man in the High Castle is now in production.

The Man in the High Castle Official Comic-Con Trailer – YouTube

Based on Philip K. Dick’s award-winning novel, and executive produced by Ridley Scott (Blade Runner), The Man in the High Castle explores what it would be like if the Allied Powers had lost WWII, and Japan and Germany ruled the United States. Starring Rufus Sewell (John Adams), Luke Kleintank (Pretty Little Liars) and Alexa Davalos (Mob City).