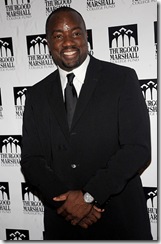 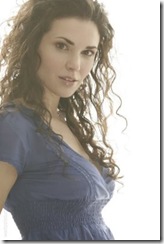 Mennell plays the complicated Alpha team member Nina Theroux.  Seductive, intelligent and confident, Nina’s Alpha ability allows her to influence people into doing whatever she wishes but her power can sometimes spin out of control. Her skill also comes with a personal drawback in that she can never be sure if anyone’s feelings for her are real. Nina was the first team member enlisted by Dr. Rosen to whom she remains extremely loyal.

Malik Yoba is well known for his co-starring role as NYPD detective J.C. Williams on the popular police drama New York Undercover from 1994 to 1998, and has also appeared in the feature films Why Did I Get Married? (2007), Why Did I Get Married Too? (2010), Cool Runnings (1993) and Criminal (2004).  He has made numerous television appearances including on the series Arrested Development as Ice, a bounty hunter whose real love is party planning, and the recurring character Brock Harris on the sitcom Girlfriends.  Yoba also appeared in the crime drama Thief and the NBC crime drama Raines, and portrayed astronaut Ted Shaw on the futuristic drama Defying Gravity.

Laura Mennell is a Canadian actress best known for her portrayal of Janey Slater in the feature film Watchmen, Lily Mercy in television movie Montana Sky (2007) and the Emmy nominated television movie Flight 93 (2006), which chronicled the events aboard United Airlines Flight 93 on September 11, 2001.

Alphas is executive produced by Gail Berman, Lloyd Braun and Gene Stein for BermanBraun Television and will be directed by Jack Bender (director and executive producer of Lost). It is slated to commence production next month in Toronto.