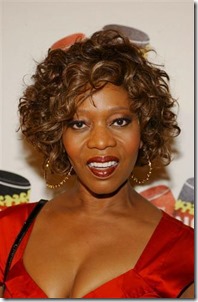 Winner of four Emmy® Awards, three Screen Actors Guild Awards and a Golden Globe®, Academy Award-nominee, Alfre Woodard joins the cast as Hattie Lemaster, a former slave who has recently arrived to the Five Points to start anew. Jarred by raucous city life, Hattie must reconcile her past against hope for a future.

COPPER, an American saga set in 1865 New York City, returns for a second season on the brink of Lincoln’s assassination – with shifts in politics and society altering the landscape for Irish immigrants and African-Americans.  At the center, Detective Kevin Corcoran (Tom Weston-Jones, MI-5) struggles to tame the wartime metropolis while wrestling with personal demons, including the betrayal of his wife and best friend.  And when Tammany Hall’s outspoken General Brendan Donovan (Donal Logue, Sons of Anarchy, Terriers), returns from the Civil War to restore law and order in the Sixth Ward, loyalties will be bought and sold both uptown and in the slums of the Five Points as Corcoran, and those around him, fight to find their places in an unforgiving city.

COPPER is a Cineflix (Copper 2) Inc. production in association with BBC AMERICA and Shaw Media. Executive producers for Cineflix include: Sherri Rufh, Sam Berliner, and Katherine Buck.  Larysa Kondracki is Co-Executive Producer/Director. COPPER is filming in Toronto, Ontario through July 2013.

COPPER is part of BBC AMERICA’s continuing commitment to drama including the channel’s recently launched original sci-fi series, Orphan Black, the Peabody-winning series Doctor Who, the upcoming action-series, The Musketeers, award-winning drama, Luther, mini-series Spies of Warsaw, Broadchurch, In The Flesh and the upcoming Burton and Taylor, starring Helena Bonham-Carter and Dominic West.

BBC AMERICA delivers U.S. audiences high-quality, innovative and intelligent programming. Established in 1998, it has been the launch pad for talent embraced by American mainstream pop culture, including Ricky Gervais, Gordon Ramsay, Graham Norton, and successful programming formats including ground-breaking non-scripted television like Top Gear and top-rated science-fiction like Doctor Who. Owned by BBC Worldwide, the commercial arm of the BBC, BBC AMERICA has attracted both critical acclaim and major awards including an Emmy®, five Golden Globes® and eleven Peabody Awards. The channel attracts one of cable’s most affluent and educated audiences and is available on cable and satellite TV in more than 80.7 million homes. It broadcasts in both standard and high-definition, with content available On Demand across all major digital platforms. Online,www.bbcamerica.com is the place to go to dig deeper into pop culture with a British twist. Find out more by visitingwww.press.bbcamerica.com or follow us on www.twitter.com/bbcamerica.