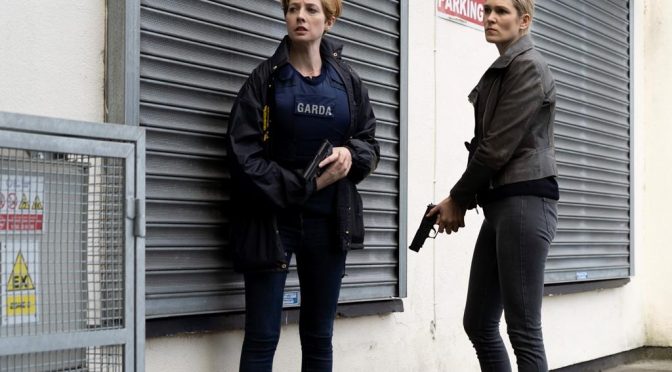 The DVD Release of the first season/series of Taken Down will be in stores on November 19th.

“Four minutes in, you may be hooked… compelling… with gifted actors” – Mike Hughes TV

“Taken Down is meticulously researched, showing a human side to a world unfamiliar to many” –Irish Independent

“Brilliantly plotted storyline, with twists and turns that keep you enthralled throughout every episode” –Irish Independent 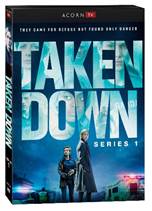 Acorn TV features the DVD debut of the timely Irish crime drama TAKEN DOWN on November 19, 2019. This six-part series stars Lynn Rafferty (Love/Hate) as Inspector Jen Rooney, a Dublin detective investigating the murder of a young Nigerian girl from a center for asylum-seekers. Now featured in a two-disc DVD set with bonus cast and crew interviews, Taken Down previously premiered exclusively on Acorn TV in September 2019. Called a “glorious streaming service… an essential must-have” (The Hollywood Reporter), AMC Networks’ Acorn TV is North America’s most popular and largest streaming service focused on British and international television.

In Dublin, a young Nigerian girl, Esme Lukasa, is found dead at a bus stop opening an investigation into her violent death. This leads Inspector Jen Rooney and her team of detectives to a Direct Provision Centre for asylum-seekers. It is soon discovered that another girl from the center has disappeared. The police enter a murky underworld of slumlords and traffickers to find out who killed Esme and rescue the missing girl before she suffers a horrific fate.

Taken Down features an extraordinary cast from Ireland and beyond. Aïsa Maïga (Paris, je t’aime), Brian Gleeson (Logan Lucky), Orla Fitzgerald (The Wind that Shakes the Barley), and Slimane Dazi (Only Lovers Left Alive) also star in this thrilling drama.