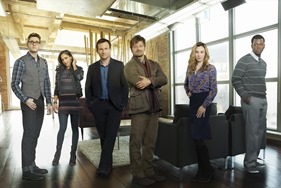 Two-Night Event Scheduled For “The Bachelor,”

And New Premiere Date for “Mind Games” on Tuesday, February 25

Following is information about the series and special, in alphabetical order:

Juan Pablo Galavis, the former Venezuelan soccer player, stepped out of the limo to meet last season’s Bachelorette, Desiree Hartsock, and into the hearts of female fans across the country who were taken with his sincerity, easy-going charm and good looks. The dashing single dad, very devoted to his daughter, Camila, was ready to find love. Juan Pablo became one of the most talked about men of the season, despite failing to win Desiree’s heart. The fans spoke and now Juan Pablo is back for his own chance to find the love of his life, wife and stepmother to his daughter.

Hosted by Chris Harrison, “The Bachelor” is a production of Next Entertainment in association with Warner Horizon Television.  Mike Fleiss, Martin Hilton and Alycia Rossiter are the executive producers.

Catherine Black is a world-famous neurologist at the state-of-the-art medical institution known as “The Cube.” Catherine is brilliant, beautiful, and at the top of her game, though she’s hiding a secret of her own: she’s bipolar. Each week, the doctors on staff attempt to unravel the mysteries of the brain and are constantly challenged by cases never-before-seen on television. The medical stories are moving, bizarre and a visual feast. The personal stories are riveting. The patients have rare, highly visual, often hallucinogenic and startling conditions, which we’ll see through their eyes as Catherine diagnoses and treats them.

“Dancing With the Stars” returns for its 18th season with an all-new celebrity cast. The competition will feature twelve celebrities who will brave the dance floor for the very first time. Each week, these celebrities will leave their comfort zones and endure hours of gruelling rehearsals to master technical choreography and entertaining performances. In the end, only one star will rise above the rest to be crowned champion and win the coveted mirror-ball trophy.

With a little bit of science, a dash of con-artistry, plus a smattering of Jedi mind tricks, brothers Ross (Christian Slater) and Clark Edwards (Steve Zahn) can tailor a plan to influence any life-altering situation, thereby making their clients’ dreams come true and their nightmares go away. They are partners in Edwards and Associates, an unusual business based on the belief that people’s decisions are influenced by their environment in ways they’re not aware.

By using the hard science of psychological manipulation, the brothers commit to solving their clients’ problems. With Clark’s expertise and Ross’s con artist ways, each believing to know what makes people tick, and with their unique staff to help them, the brothers will use psychology and science to offer clients an alternative to their fates.

“Toy Story That Time Forgot,” Disney•Pixar’s new Christmas special featuring your favorite characters from the “Toy Story” films, will air during the holidays this year on ABC. The special comes on the heels of the success of “Toy Story OF TERROR!,” which premiered to stellar ratings this past October.

During a post-Christmas play date, the “Toy Story” gang find themselves in uncharted territory when the coolest set of action figures ever turn out to be dangerously delusional. It’s all up to Trixie, the triceratops, if the gang hopes to return to Bonnie’s room in this “Toy Story That Time Forgot.”

“Toy Story That Time Forgot” is produced by Galyn Susman and directed by Steve Purcell. The special is from Disney•Pixar.