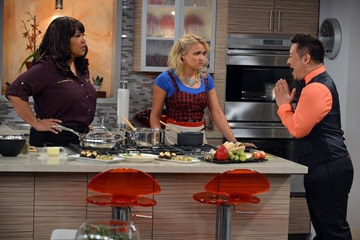 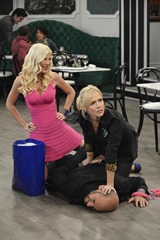 Follow the jump for the press release – including series descriptions and premiere dates and times.

Three Can’t-Miss Nights of Original Programming to Include New Episodes of Returning Hit Series “Pretty Little Liars,” “Switched at Birth” and “The Fosters” Beginning in June

“Chasing Life” premieres Tuesday, June 10th, at 9:00 – 10:00 p.m. ET/PT. The new one-hour drama follows April (Italia Ricci), a smart, twenty-something, aspiring journalist who tries to balance her ambitious career with her family, which includes her widowed mom, Sara (Mary Page Keller), rebellious little sister, Brenna (Haley Ramm), and her grandmother, Emma (Rebecca Schull). We meet April at a pivotal moment in her life: she’s landed a fantastic opportunity to impress her hard-nosed Boston newspaper editor and an office romance with her super-sexy co-worker Dominic (Richard Brancatisano) is just beginning to blossom. In an unexpected twist of fate, April lands in the hospital where her estranged uncle George (Steven Weber) works as an oncologist, and she learns the devastating news that she has cancer. The series follows April through her journey in the face of this daunting revelation, during a time in her life when the challenges of finding love and success would be enough to keep any girl occupied. But April is determined to fight and refuses to give up her dreams and goals. Along the way, she’ll find new reserves of strength and passion within and discover that facing death may really be the only way to truly live.

“Young & Hungry,” executive produced by Ashley Tisdale (“High School Musical”), premieres Wednesday June 25th, at 8:00 – 8:30 p.m. ET/PT. Two worlds collide when Josh (Jonathan Sadowski), a wealthy young tech entrepreneur, meets Gabi (Emily Osment), a feisty young food blogger, looking to be his personal chef. Gabi is desperate for the job and must prove herself, mostly to Josh’s aide, Elliot (Rex Lee), who prefers a famous chef for the job. When Josh enlists Gabi to prepare a romantic meal for him and his girlfriend, the dinner goes awry and Gabi finds herself in a very awkward position. With the help of her best friend Sofia (Aimee Carrero) and Josh’s housekeeper Yolanda (Kym Whitley), Gabi turns a difficult situation into an opportunity for employment and maybe even love.

“Mystery Girls,” starring Tori Spelling and Jennie Garth, premieres Wednesday, June 25th, at 8:30 – 9:00 p.m. ET/PT. The comedy series follows two former detective TV show starlets brought back together by a real-life mystery. Charlie Contour (Garth) is a suburban housewife and mother, while Holly Hamilton (Spelling) longs for her glory days in the 90’s when she was on television. Both of their lives are disrupted when Nick (Miguel Pinzon), a witness to a crime and a “Mystery Girls” fanatic, will only speak to the infamous duo, and the former friends must reunite and put their TV crime-solving skills to the test. The series is also executive produced by Spelling and Garth.

“Pretty Little Liars” returns for its fifth season with all-new episodes on Tuesday, June 10th, at 8:00 – 9:00 p.m. ET/PT. In the new season of the hit drama series, the PLLs must dodge their dreaded nemesis, “A,” while navigating a world with Alison back in it. The series will hit a milestone 100 episodes during its fifth season.

“Switched at Birth” premieres with all-new episodes on Monday, June 16th, at 8:00 – 9:00 p.m. ET/PT.  The award winning series returns to complete its third season by picking up the day after the winter finale, as our characters deal with the consequences of decisions made the night before. Kathryn deals with the reality of being a herotica novelist, Regina is torn between the pull of her old neighborhood and her new life, and the girls need to summon courage to face a moment of truth they never anticipated.

“The Fosters” returns for its second season on Monday, June 16th, at 9:00 – 10:00 p.m. ET/PT. The critically-acclaimed series centers on biracial lesbian couple Stef and Lena Foster, who are raising a multi-ethnic family mix of foster and biological kids. The second season will continue to explore the growing Fosters clan, with all the triumphs and travails, twists and turns, that fans of the series have come to expect. Callie and Jude will try to adjust to their new roles in the family, and everyone will deal with the fallout from their previous actions. Past mistakes will come home to roost, consequences will be handed out, and victories will be hard fought, and ultimately well-won. Their deep bonds will grow, enabling America’s most modern family to face the future head on, with love in their hearts.