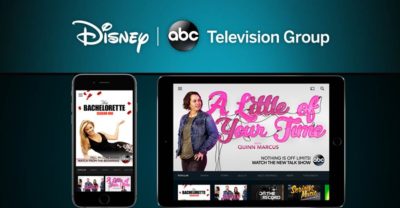 Read on for complete details.

From the first ever destination date – the “exotic” New York City – with management consultant Alex Michel (“The Bachelor”) and the sweet courtship of Trista (“The Bachelorette”) and Ryan Sutter, fans can visit the “Throwbacks” section to relive or discover the romance and drama that started it all.

A Little of Your Time with Quinn Marcus

In “A Little of Your Time with Quinn Marcus” interviewees are asked to share some aspect of their everyday lives with Marcus. Unassuming and always just a little awkward, Marcus balances the fine line between being intimate and being, well, just totally invasive. Interviews include: Marcus absurdly attempts to seduce actor and former Rams NFL player Terry Crews; has a breakfast cook off against ABC’s “Happy Endings” star Adam Pally; invites world famous recording artist and DJ Moby to her apartment for vegan BBQ; chats up Maria Bamford (“Lady Dynamite”) about love and internet dating; and has a girls day at the nail salon – a concept foreign to Marcus – with Casey Wilson (“Happy Endings,” “Gone Girl,” “Drunk History” “Burning Love”).

“Broken” stars comedian co-creators Jennifer Bartels and Mike Stills as best friends who find themselves way in over their heads when their drunken New Year’s hookup fast tracks to marriage, and their honeymoon ends in a break up. Can this funny couple fix their broken relationship? #Broken

Two struggling comedians, Lucy (Jessica McKenna) and Gabe (Zach Reino), go from rags to riches when a self-absorbed dolt of a pop superstar mistakes their parody video for a really sick jam and hires them to be his new songwriters. It may not be their dream job, but for the good of society, they’re going to get in his dope AF car, take his money, and attempt to turn him into an actual human being. #SeriousMusic

On the Record, featuring Fancy Hagood

This month, recording artist Fancy Hagood talks heartbreak, triumph and being fabulous as he performs his songs “Goodbye,” “Seven Minutes in Heaven” and “Battles,” which was made famous by American Idol season fifteen runner-up La ‘Porsha Renae, for the third installment in the “On the Record” series.  Future artists include Midland and Ruby Amanfu. Previous artists include Shawn Hook and Yuna.  #OnTheRecord

ABC re-launched its app on July 13, marking a major evolution of its streaming service. In addition to the current on-air shows, the network added full seasons of 38 “Throwback” shows, ABCd short-form series, and a redesigned user interface exclusively for iPhone, iPad, iPod touch and Apple TV that improves discovery and navigation.

ABC.com and the ABC app enables users nationwide to access full episodes of their favorite shows on demand, including “Dancing with the Stars,” “Designated Survivor,” “Marvel’s Agents of S.H.I.E.L.D.,” “Modern Family,” “Quantico,” “Shark Tank” and “Speechless.” Additionally, subscribers of participating pay TV providers have several advantages. They can watch a 24-hour live network stream in select markets, access exclusive programming events and the most recent episodes of ABC series and news programs the day after they air. The new original ABCd shorts and the “throwback” series are available to all viewers on ABC.com and the ABC apps for mobile and connected TV devices without signing in.