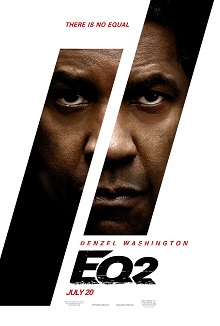 Denzel Washington’s OCD vigilante/ex-CIA operative is back – and he’d really like a 5-star rating in the new trailer for The Equalizer 2.

The Equalizer 2 – and Washington’s first-ever sequel – stalks into theaters on July 20th.

Denzel Washington returns to one of his signature roles in the first sequel of his career. Robert McCall serves an unflinching justice for the exploited and oppressed – but how far will he go when that is someone he loves?