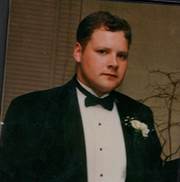 Two people were shot dead execution-style and dumped in the woods just off a rural road in Accokeek, Maryland. One of them was a Navy sailor. NCIS agents take viewers inside the investigation and deep into the murder case that haunts them to this day in 48 HOURS: NCIS: “One of Their Own, (CBS, 10pm/9C) – narratted by NCIS star Rocky Carroll.

Two people were shot dead execution-style and dumped in the woods just off a rural road in Accokeek, Maryland. One of them was a Navy sailor. NCIS agents take viewers inside the investigation and deep into the murder case that haunts them to this day in 48 HOURS: NCIS: “One of Their Own,” to be broadcast Tuesday, May 23 (10:00 PM, ET/PT), on the CBS Television Network.

Narrated by NCIS series star Rocky Carroll, 48 HOURS: NCIS is a six-part documentary series from the award-winning team at 48 HOURS that gives viewers unprecedented access to some of the biggest cases handled by the real Naval Criminal Investigative Service. The series explores the kinds of difficult cases that have inspired CBS Entertainment’s successful primetime series NCIS, the #1 drama on television, NCIS: LOS ANGELES and NCIS: NEW ORLEANS.

In this third broadcast, NCIS agents open up about the investigation into the murders of Navy Petty Officer Lea Anne Brown and her friend, Michael Patton, a bank employee. In June 2001, both were found beaten and shot in the head. But why? Neither had any connections to any criminal activity, and there wasn’t anything else that would make them obvious targets of such a vicious crime.

“This case was a very high priority for us,” says former NCIS agent Chuck Alderman. “Fortunately, NCIS does not get homicides, especially double homicides, every day. So when we do get one, we take it extremely seriously.”

One of their own was dead, along with her friend, as NCIS agents began the investigation, working with detectives from the Prince George’s County Sherriff’s Office.

“There was never a doubt in my mind that the NCIS was not going to find Lea’s killer,” says Lea’s mother, Cari Freemore. “They told me that she was one of their own, and they would find them and make them pay for what they had done to my daughter.”

What would it take to find who killed Brown and Patton?