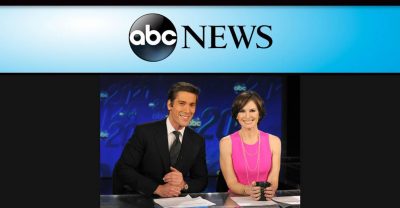 ABC’s 20/20 investigates how the alleged kidnapping could have happened on this week’s edition – Friday, May 5th (10/9C).

It was a case that left the nation asking, how could this happen? In early March, Tennessee high school teacher Tad Cummins allegedly kidnapped his 15-year-old student Elizabeth Thomas from the small town of Columbia, leading law enforcement in a nationwide manhunt for 38 days. “20/20” speaks to those closest to Tad and Elizabeth who describe the relationship between the two and what they think led him to allegedly abduct her. ABC News correspondent Eva Pilgrim retraces their journey from Tennessee to a remote area in northern California investigating how these two were able to remain hidden when authorities across the country were searching for them. This hour includes interviews with Jill Cummins, Tad’s wife; Ashlee Conner and Erica Osborne, Tad’s daughters; Anthony Thomas, Elizabeth’s father; Josh and Sarah Thomas, Elizabeth’s siblings; Jason Whatley, Thomas family attorney; District Attorney Brent Cooper; and Griffin Barry, the man whose tip led to Tad’s arrest. “20/20” airs on FRIDAY, MAY 5 (10:00-11:00 p.m. EDT), on The ABC Television Network.

After Elizabeth’s mother was removed from their home for alleged child abuse while homeschooling her children, Elizabeth and her siblings began attending public school. Elizabeth’s mother denies these allegations. Tad’s wife Jill believed that she and Tad were helping Elizabeth deal with the alleged abuse she faced at home and saw Tad and Elizabeth’s connection as a father-daughter relationship. In late January, a middle school student claimed to have seen Tad and Elizabeth kissing in his classroom. After Tad was mandated by the school to stay away from Elizabeth, he was suspended when he violated the order. According to the Thomas family attorney, Tad convinced Elizabeth that her future was ruined and that her only option was to leave and start a new life with him. After being on the run for more than a month, Tad sought refuge with Griffin – a stranger who provided shelter in exchange for manual labor – in northern California. Soon after, Griffin realized who they were and alerted authorities.