Every year, I see way more movies than one would think healthy. Most of them are pleasant enough timewasters that entertain enough to be worth my hard-earned cash [yes, I have to pay for the bulk of my movies – some studios still haven’t figured out that Eclipse is not going to go away overnight]. Some, of course, are brilliant and provoke thought long after viewing. Others are of sufficient lack that I don’t just want my money back, I want my two hours [plus travel and waiting-in-line time] back. Here are the worst offenders [and be ready to flame me – some of these are on a lot of top ten lists]. 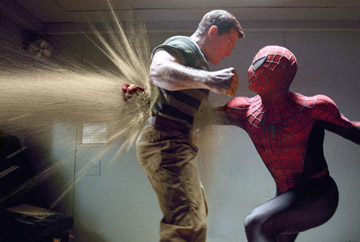 This hodgepodge of bombast was most notable for containing within it the seeds for three – or possibly four – great movies. Unfortunately, by allowing Marvel and Sony to talk him into adding Venom [a fan favorite, don’tcha know] to an already filled cinematic plate, Sam Raimi wound up with a movie that gave no one their due. It looked and sounded great but ultimately, failed on all creative fronts. 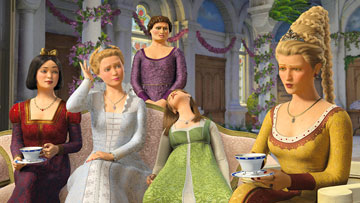 Outside of a few feeble sword-in-the-stone gags and the Power Princesses sequence [which lasted barely a few seconds longer than what we saw in the trailer], this was nothing but rehashed gags for Shrek I & II. What a disappointment! 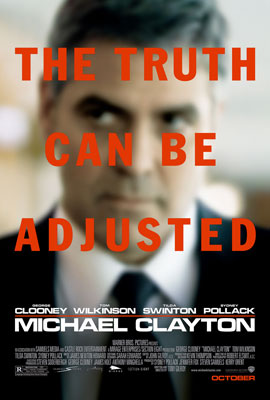 This story of a “fixer” who turns whistleblower relies heavily on the smartest woman in the piece being too stupid to make a phone call. When Clayton [George Clooney] tells her, contemptuously, “I’m the one that you BUY!” he’s telling her something that we’ve been told is well known. Something that she could have found out with that one simple phone call [and the resulting film would have been a lot more interesting!]. Unfortunately, for all its good qualities, writer/director Tony Gilroy built his whole film around this one key moment of idiocy. Nope. Sorry. Don’t buy it. 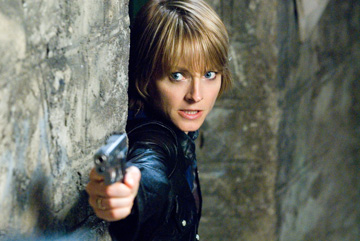 Even the potboiler Death Sentence worked better than this egregious effort in which the survivor of a mugging [in which her husband died], Ellen Bain takes justice into her own hands. The unique relationship between Bain and Detective Mercer [Terrance Howard] who investigated her case, is a bit different, but somehow the two become complicit in her revenge – a move that just feels wrong. In the end, though, what makes this film fail is its [forgive me] cop out ending. Even Death Sentence recognized that there are consequences that follow the path of vengeance. 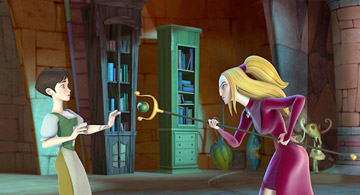 Happily N’Ever After is yet another attempt to spoof the classic Disney fairytale. The problem is mostly that the jokes aren’t funny and none of the characters is particularly engaging. That combination is simply lethal here. 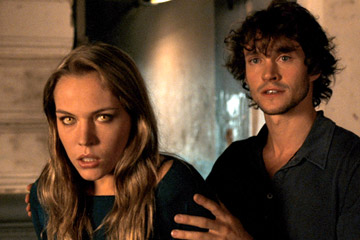 This pallid attempt to take a unique look at the werewolf genre was based on a popular novel for young adults. The script was almost unsettling in its blandness; the cast were almost uniformly awful [Hugh Dancy looks like he wishes he was back in Ella Enchanted, and everyone else just looks uncomfortable] and the direction was pedestrian. The telling blow? When I saw it, the teen and young adult audience had all walked out before the end.

As hard as it may be to believe, Norbit wasn’t actually the worst movie I saw in 2007. It was, however, the unfunniest comedy Eddie Murray has ever made. Essentially, it was a way for Murray to play three unfunny characters [one disgusting – and not just because of her weight; one happily racist, and one who had to get help from a couple of pimps on how to woo a women]. Norbit wasn’t just relentlessly unfunny, it was consistently stupid. [Come back Pluto Nash, all is forgiven!] 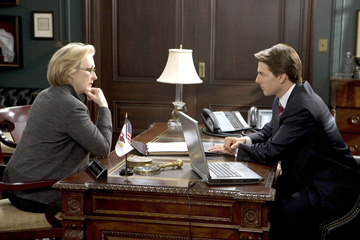 This little bit of propaganda was poorly paced, poorly staged and of little merit in virtually every way. Essentially a series of three debates, leavened by two of the debaters going off to Afghanistan and getting killed, Lions For Lambs was yawnworthy almost from the opening credits. When an all-star cast [Robert Redford, Meryl Streep, Tom Cruise] can’t hold one’s attention, this is a Bad Sign. Thank whatever powers may be that it sank, quickly, out of sight! 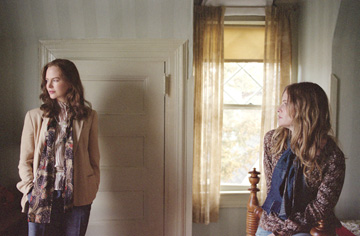 2. Margot at the Wedding

How bad was Margot at the Wedding? As I exited the theatre, I heard the distributor’s rep saying to a couple of people, “Not a fan.” This film is about a reunion and attempted reconciliation between two sisters that is doomed from the moment they get together. Wherever Margot [Nicole Kidman] goes, things just seem to die [her sister’s wedding, the big tree in the backyard, her affair…] – because Margot is the meanest, nastiest bitch in the known universe. Only her son really loves her – and he’s a class A wuss! The best thing about Margot at the Wedding is that it’s less than ninety minutes long. The worst? That’s it’s there at all. 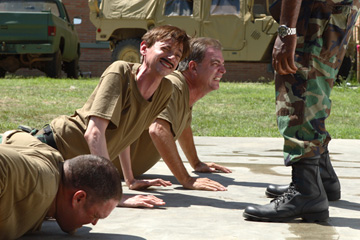 Delta Farce makes Happily N’Ever After look like Enchanted. The idea was to send a trio of weekend warriors off to Iraq – and then getting them stuck in Mexico without figuring it out – to create a satire of war/action/adventure movies. The problem? Not much of the funny. So little, in fact, that the critics at the press screening were edging toward the doors before the film was half over. Larry the Cable Guy should stick to standup.

Also considered: American Gangster [which wasted the talents of more actors than any other would-be Oscar® contender of the year] and The Kingdom, a film that establishes the intelligence of the bad guys and then relies them suddenly [briefly] becoming complete idiots to resolve the situation