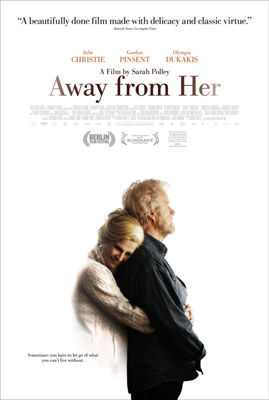 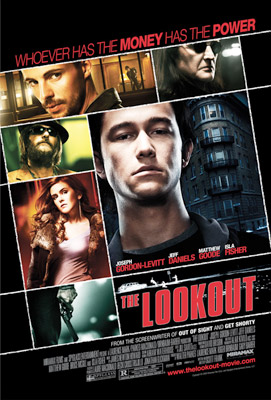 Joseph Gordon-Levitt is amazing in this nourish little item about a brain-injured former local hockey hero who works as a janitor for the local bank and gets mixed up with a group of would-be bank robbers. The script was smart, smart, smart – and the direction atmospheric and charged with electricity. Writer/director Scott Frank definitely turned in a gem with The Lookout. 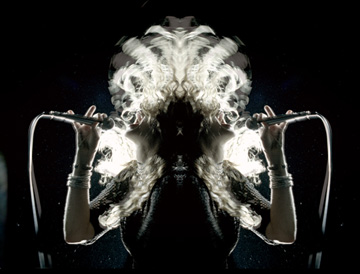 Julie Taymor’s audacious film was a veritable cornucopia of unusual visuals – and the various interpretations of the Beatles’ songs included were, in many cases, revelatory [I’ll never think of I Want To Hold Your Hand in exactly the same way ever again]. The script, by Dick Clement and Ian La Franais was a bit sketchy at times – finding ways to get one’s favourite Beatles’ songs to make sense as part of a narrative couldn’t have been easy – but the unique result was truly sumptuous. 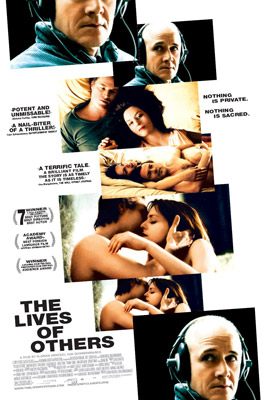 8. The Lives of Others

This is a bit of a cheat on the part of the distributors – it was released in New York and Los Angeles in December, 2006, to be eligible for the Academy Awards® – but since it was released wide in 2007, it makes my list here. This solemn film was most notable for looking at how the lives of two men are affected by the paranoia of the Communist German government in a way that showed us that love and paranoia are uncomfortable but frequent partners. It won the Foreign Language Oscar® over Pan’s Labyrinth. 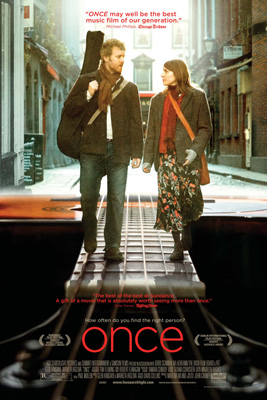 An odd little romance about two musicians whose paths cross briefly – to the musical benefit of both. In a week, Guy and Girl meet, fall in love and go their separate ways. The story is told as much by the songs they write, rehears and record as it is by the dialogue. Largely improvised, this little film is proof that you don’t need millions to make a brilliant film. 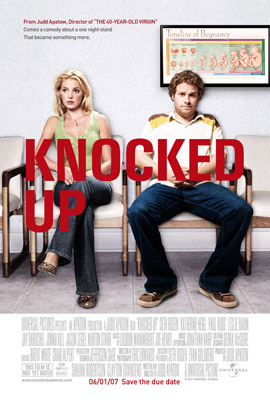 The smartest, crudest sensitive romantic comedy of the year. This tale of how a one-night stand affects the lives of Ben [Seth Rogen] and Alison [Katherine Heigl] is laugh-out-loud-and-fall-down funny and yet, filled with dramatic moments that ring completely true. Writer/Director Judd Apatow followed this up with Superbad [the ultimate guys-who-never-got-laid-in-high-school comedy], so it’s clear that this was not a fluke. 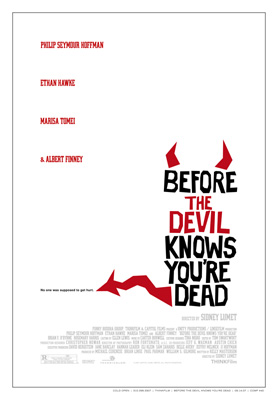 5. Before The Devil Knows You’re Dead

Sometimes, it’s all we can do to not look at a train wreck. This film about a robbery gone wrong that leads to the utter destruction of a family is painful and yet enthralling to watch. Philip Seymour Hoffman and Ethan Hawke have never been better. Before The Devil Knows You’re Dead is also the movie that should have earned Marisa Tomei her Oscar®. 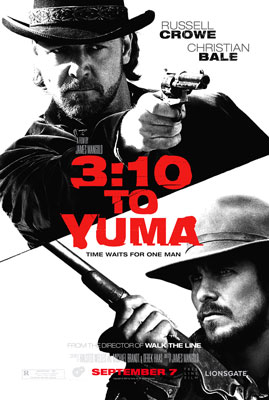 Whoa! It’s true! A western is one of the year’s best films. The IMDb plot outline reads: “A small-time rancher agrees to hold a captured outlaw who’s awaiting a train to go to court in Yuma. A battle of wills ensues as the outlaw tries to psych out the rancher.” That’s what happens, alright, but the shadings of character and nuances of plot that unfold within that situation are remarkable. 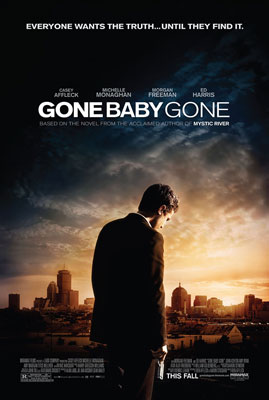 A Bostonian tale co-written and directed by a Bostonian and starring another Bostonian. That might be the reason Gone Baby gone feels so real. The search for a kidnapped child sets up a series of filmic character studies that is one of this year’s best. You would never know that this was Ben Affleck’s directorial debut if you just went by the result. 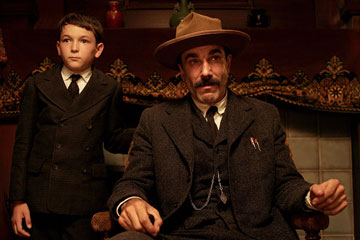 2. There Will Be Blood

Paul Thomas Anderson turns the Upton Sinclair novel Oil into an almost Shakespearean tragedy. The rise and corresponding dissolution of oilman Daniel Plainview is a tale to rival those of Hamlet and Richard III. Daniel Day-Lewis is nothing less than extraordinary as the “plain spoken” Plainview who is, we learn in the third act, absolutely nothing of the kind. This is brilliant filmmaking on every level. 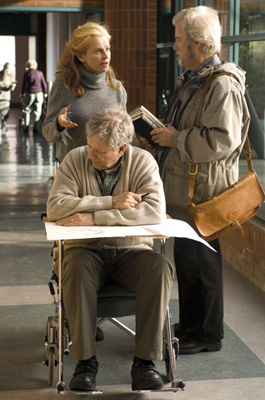 1a. Away From Her

Veteran indie actor Sarah Polley’s directorial debut is this astounding little film that deals with the pain of marital infidelity remembered and forgotten as Fiona [Julie Christie] succumbs to the effects of Alzheimer’s disease. As her disease progresses, her husband, Grant [Gordon Pinsent], is affected equally as much as she develops a relationship with another man in the institution where Grant has had to place her – the new relationship an uneasy echo of Grant’s past transgressions. 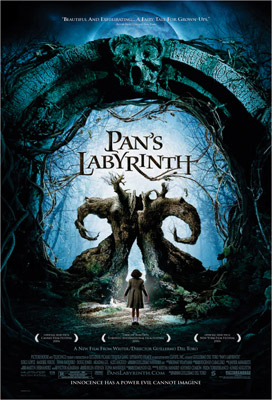 Another cheat – Pan’s Labyrinth [like The Lives of Others] was released in December, 2006, in New York and Los Angeles to qualify for the Academy Awards®. That it came away without the Foreign Languages Oscar® is a source of mystification. This fairy tale for adults juxtaposed a dark, yet hopeful world of Faery and the world of post-Civil War Spain and reminded us that the monster under the bed will never be as scary as the evil men of this world. The film’s unique ending was both happy and tragic, making it, perhaps, a bit too outré for the Academy, but it’s still my choice for best film of the year – in conjunction with the equally startling Away From Her.Other films considered include: Breach, Bridge to Terabithia, Disturbia, Eastern Promises, Live Free or Die Hard, Transformers, 300 and Zodiac