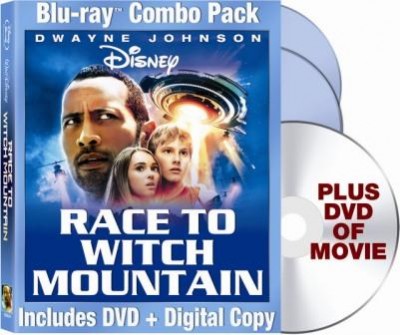 What happened to Dwayne Johnson career? At one point he was on his way to becoming the next big action star, but somewhere along the way Disney got hold of him and he’s been playing the same character and making the same movie for the last four years. I like The Rock and kind of liked Disney’s Race to Witch Mountain, a remake of the 70s classic film.  I remember having a conversation with Shia LaBeouf a few years ago and we talked about Disney’s past and how he thinks they were turning a page and becoming more daring. Watching Hannah Montana, High School Musical and this I don’t see it. They have a formula and that’s it. I can pretty much write the same review for every Disney movie and just swap out the lead character’s names and come away feeling the same. These are safe, harmless movies, but they don’t do anything that pushes the envelope. I like these kind of movies because they are my “Pallet” cleanser. After watching some serious, heavy film, or engrossed in an intense round of gaming like Batman Arkham, or Call of Duty all day, it’s nice to watch these cotton candy fluffy little things.

On Blu-ray all of these Disney titles just pop on screen because they get the medium and pushes it.  But they fell asleep at the switch for Escape to Witch Mountain the 2.40:1 transfer kind of “sucks.” The picture looks more like a slightly better than average DVD Upscale. Audio is 5.1 DTS-HD, in English, French and Spanish.  Subtitles are French and Spanish.  The menu navigation is very simple and straightforward – especially for a Disney film.

This is the first time in awhile that I’ve been disappointed in a Disney Blu-ray title. I like the movie well enough even though it feels like Dwayne is just phoning in his performance. But Disney does nothing noteworthy on this title, there are only two features on this disk, one of which is in Standard definition. Really Disney? Just giving us a Combo Pack that includes the DVD and Digital Copy is not enough to justify getting this over a cheaper DVD version. This is a very mediocre release. Come on Disney you have set the bar and now I expect you to meet it every time.